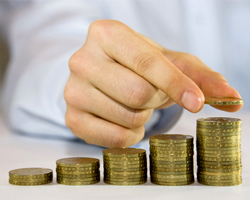 New orders for U.S. manufactured durable goods unexpectedly decreased in the month of February, the Commerce Department revealed in a report released on Wednesday.

The Commerce Department said durable goods orders slumped by 1.1 percent in February after spiking by an upwardly revised 3.5 percent in January.

The pullback came as a surprise to economists, who had expected durable goods orders to climb by 0.8 percent compared to the 3.4 percent jump that had been reported for the previous month.

Andrew Hunter, Senior U.S. Economist at Capital Economics, said the unexpected drop in durable goods orders was “mainly due to the disruption caused by the severe winter storms, which we already knew weighed heavily on manufacturing output last month.”

Orders for transportation equipment showed a notable pullback, tumbling by 1.6 percent in February after soaring by 7.5 percent in January.

Excluding the steep drop in orders for transportation equipment, durable goods orders still fell by 0.9 percent in February after surging up by 1.6 percent in January. Economists had expected a 0.6 percent increase.

Orders for fabricated metal products, machinery, computer and electronic products and primary metals all decreased during the month.

The report also said orders for non-defense capital goods excluding aircraft, a key indicator of business spending, fell by 0.8 percent in February after rising by 0.6 percent in January

Shipments in the same category, which is the source data for equipment investment in GDP, slumped by 1.0 percent in February after jumping by 1.9 percent in January.

“With the weather returning to seasonal norms and the next fiscal stimulus payments already being distributed, orders are likely to rebound in March and, as a result, business equipment investment still looks on course for unusually strong growth of 10-15% annualized in the first quarter,” Hunter said.