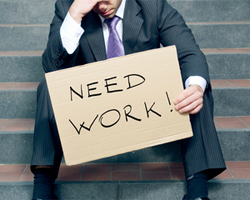 Economists had expected jobless claims to dip to 725,000 from the 745,000 originally reported for the previous week.

With the bigger than expected decrease, jobless claims fell to their lowest level since hitting 711,000 in the week ended November 7th.

Continuing claims, a reading on the number of people receiving ongoing unemployment assistance, also declined by 193,000 to 4.144 million in the week ended February 27th.

She added, “That shortfall, along with the elevated level of claims, reminds us that the healing of the labor market will take time.”

The report said non-farm payroll employment jumped by 379,000 jobs in February after climbing by an upwardly revised 166,000 jobs in January.

Economists had expected employment to increase by 182,000 jobs compared to the uptick of 49,000 jobs originally reported for the previous month.

The stronger than expected job growth was primarily due to a rebound in employment in the leisure and hospitality industry, which added 355,000 jobs.