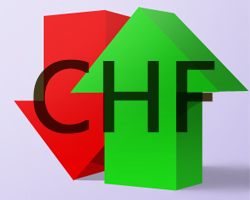 The Swiss franc depreciated against its major rivals in the European session on Thursday, as investor sentiment lifted up following reports that Britain and the European Union were on the brink of striking a trade agreement after a compromise on fishing rights.

Officials are finalizing the details of a deal in Brussels, with an announcement due today.

Irish foreign minister Simon Coveney told RTE Radio that there was “some sort of last-minute hitch” as both sides finalize the text of the agreement on fishing rights.

The two sides have agreed to a new five-and-a-half year transition period on fishing rights, which will cut the EU’s fishing quota by a quarter.

A deal would end the likelihood of the two sides imposing border checks and import taxes on each other’s goods from next year.

Data from the Bank of Japan showed that Japan’s services producer prices declined for the second straight month in November.

The Swiss currency dropped to more than a 3-week low of 1.2101 against the pound from yesterday’s closing value of 1.1979. The currency is likely to target support around the 1.24 level.

‘All the bones are there’: could a new electric vehicle be built in…

Climatologist Michael E Mann: ‘Good people fall victim to doomism. I do too…