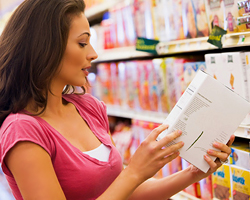 Reflecting a decrease in unemployment insurance benefits, the Commerce Department released a report on Thursday showing a steep drop in U.S. personal income in the month of August.

The report said personal income tumbled by 2.7 percent in August after rising by an upwardly revised 0.5 percent in July.

Economists had expected personal income to slump by 2.5 percent compared to the 0.4 percent increase originally reported for the previous month.

The Commerce Department said the sharp pullback in personal income partly reflected the expiration of the Federal Pandemic Unemployment Compensation program, which provided a temporary weekly supplemental payment of $600 for those receiving unemployment benefits.

The decrease in unemployment insurance benefits was partly offset by an increase in compensation, with temporary and intermittent Census workers boosting government wages and salaries by $10.8 billion in August.

Meanwhile, the report said personal spending climbed by 1.0 percent in August after jumping by a downwardly revised 1.5 percent in July.

Personal spending was expected to increase by 0.8 percent compared to the 1.9 percent spike originally reported for the previous month.

Excluding price changes, personal spending rose by 0.7 percent in August after increasing by 1.1 percent in July.

Reflecting the plunge in income and the increase in spending, personal saving as a percentage of disposable personal income slumped to 14.1 percent in August from 17.7 percent in July.

“With compensation growing at a slower pace and government transfers diminishing, consumers dipped into their savings to finance their outlays – this is not a sustainable reality,” said Gregory Daco, Chief U.S. Economist at Oxford Economics.

He added, “Unless employment growth picks up, or additional fiscal aid is extended, consumer spending is at risk of slowing dramatically during the second phase of the recovery.”