My country joined the United Nations nearly 30 years ago, in September 1991. But unless my fellow member states take action, we may also be forced from it: the first country to see our land swept away by climate change.

As the UN general assembly meets in New York, celebrating the 75th anniversary of its formation, we must ask: how many of the 193 nations that it brings together will survive to reach its centenary?

Once, the Marshallese travelled between atolls on canoes. Night after night on the open water, a watchman stayed alert to warn of oncoming danger.

Today, we are the world’s watchman.

Climate change is here. Countries on the frontline like mine are already planning how we can adapt to survive, and know that we cannot do so unless the developed world lives up to the commitments of the Paris agreement and provides us with the support we need.

This pandemic is a reminder of how connected we are. At the beginning of Covid-19’s spread, we closed our borders early, and through this urgent action we have avoided any cases of this virus.

But isolation comes at great cost.

Our dependence on global supply chains – designed for efficiency but not resilience – has exposed our vulnerabilities. The fisheries sector, a backbone of our economy, is under threat.

For many of my fellow island nations, the pandemic is even more devastating. The collapse of tourism will saddle future generations with crippling debt, and with fewer resources to respond to the unrelenting climate crisis. 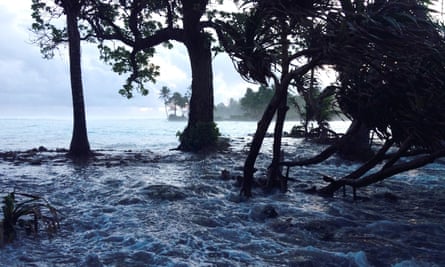 As a nation comprised of low-lying atolls, we know we cannot solve these challenges alone. We are on the leading edge of climate ambition; we were the first to submit an improved target under the climate plans that Paris agreement signatories committed to update every five years.

We are not alone among vulnerable nations. We stand alongside the 43 other states that make up the Alliance of Small Island States, who stand to lose the most in the climate crisis.

But even the boldest national actions won’t secure our future. Major emitters must uphold their promises, or my country’s pathway to survival is threatened.

Even if they do and we stay within 1.5C, all countries will need to adapt to the effects of climate change.

Today, my government is hard at work on a national adaptation plan, reaching out to communities across the nation.

I am inspired by my people’s determination to adapt in a way that not only ensures survival, but secures a fairer and more just future.

To achieve this we cannot afford for developed nations to just pay lip service to the principle of “loss and damage”.

Put bluntly, we need the funding, not just promises of it. Our future relies on the $100bn of climate finance per year that the developing world is entitled to, and that the developed world agreed to mobilise.

But international cooperation is being tested. Multilateralism is needed more than ever, but is in retreat. 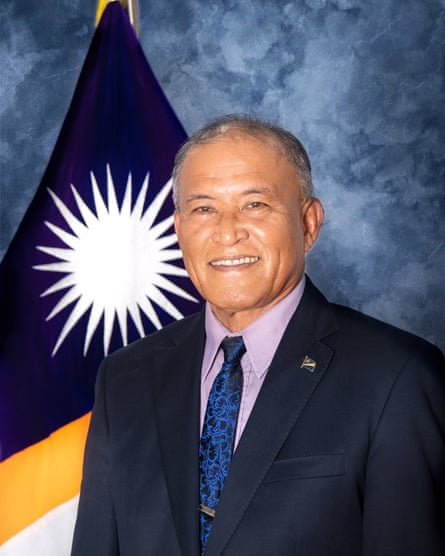 The necessary postponement of the world’s major annual climate meeting, COP-26, cannot be an excuse for delayed action.

Even more frustratingly, the opportunity posed by Covid-19 recovery spending risks being squandered. With trillions on the line, we have an unprecedented chance to transform the global economy towards a zero-carbon future.

Instead, many governments are taking actions that directly undermine other nations’ right to self-determination.

Some counterparts in industrial nations are continuing to subsidise the fossil fuel industry. Or reinvesting in coal. Or bailing out polluters without conditions.

Now is a time for compassion, and for courage; for countries to recognise that it will take sacrifice and solidarity for all of us to survive.

It is only if we place the protection of the most vulnerable at the core of our efforts that we have a fighting chance for a lasting recovery.

In the face of the planet’s existential challenge, UN members must contemplate the future that inaction will bring – one in which the ranks of this noble institution may be diminished.

All states are presumed sovereign but equal: within the UN we all have a seat at the table.

The Marshall Islands is doing everything in its power to ensure that we will be there for the next UN anniversary.

The question is: will our global family also do what it must to save our seat?

David Kabua is the president of the Marshall Islands. He will address the UN general assembly on 21 September

‘We had nudity on the greens!’ The battle over Britain’s golf…

Republicans want to open pristine Alaska wilderness to logging. This is a tragedy |…