Countryside fit for a superpower? Inside China’s colossal rural revamp

The carefully choreographed images aim to create a vision of his latest signature policy – rural revitalisation. Billions of dollars will be spent on revamping the countryside – increasing prosperity, improving its ecology, and integrating it with the development of China’s shining cities, which had largely left rural areas behind.

The initial phase, announced in late 2018, culminates in 2022. There are plans to modernise the agricultural sector by 2035, and fully transform the countryside by 2050 to coincide with Xi’s goal of propelling China to glorious global superpower status, just after the People’s Republic reaches its 100th birthday, in 2049. The aim is to make areas such as Shandong and Jilin province look more like the industrial farmbelts of the US. And there is a real need to transform the countryside, if China can get it right.

On the ground, however, progress seems a little less choreographed.

In Shandong, thousands of villagers have had their homes demolished since March. Local officials understood that they had been given the green light to raze villages, and had drawn up plans to flatten as many 8,000 and move their residents into towns.

But when a group of academics sounded the alarm it became clear that villagers were being left homeless, with some properties demolished before relocation and compensation agreements were established.

In mid-June, after several academics spoke out with detailed stories of evicted farmers, Li Hu, director of the Shandong Natural Resources Bureau, admitted during a press conference that the village merger campaign hadn’t been thoroughly thought over or properly promoted and carried out.

It became clear that villagers were being left homeless, with some properties demolished before relocation

The campaign had “threatened the villagers’ right to live”, Liu Shouying, dean of the school of economics at Renmin University in Beijing stated in an interview with a state-run magazine run by Guangzhou Daily newspaper. There are no published figures on how many people have been evicted, moved or left homeless.

“Rural revitalisation is intimately tied to new-style urbanisation under Xi Jinping, which causes a lot of confusion at the local level about how these policies should be implemented,” says Kristen Looney, an assistant professor at Georgetown University in Washington DC, US, who focuses on rural development and governance and has done extensive fieldwork in China. “Shandong farmers are reporting that in some cases it takes two years to develop the new housing, and there’s no guarantee that you can get in the new complexes. That’s effectively making people homeless for two years.” 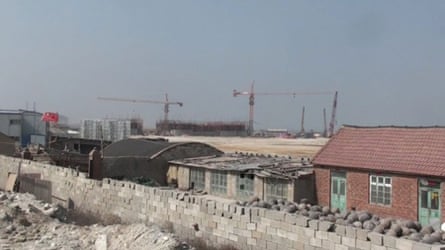 Over the past few decades, many rural villages have either been ignored and isolated because of their geography, or depopulated by years of flight of the best and brightest to urban areas in the east for jobs and education.

These “left behind” villages often became empty shells, mostly inhabited by the old or the very young, only springing to life when families returned during the annual lunar new year holiday.

These ‘left behind’ villages often became empty shells, mostly inhabited by the old or the very young

Xi’s first move to address this was a poverty alleviation programme, launched in 2014, which identified the most impoverished households – those with an annual income under GBP308 – and tasked local officials with doing everything they could to raise them above that threshold.

That goal is now in sight, in theory at least. But China’s premier, Li Keqiang, revealed in May at the annual National People’s Congress meetings that more than 600 million people in China still live on about GBP104 per month – an annual income of just over GBP1,200.

The coronavirus pandemic increased pressure on the government to deliver on promises of rural economic transformation as the economy slowed sharply – particularly since many of the country’s 300 million or so rural migrant workers remained in their hometowns after the Covid-19 outbreak hit earlier this year.

But what will China look like if the revitalisation plan is enacted?

Slogans such as “green farming” or “signature farms” are bandied about, but local authorities often seem to favour bigger, more productive industrialised farms in areas that can support such US-style agriculture. 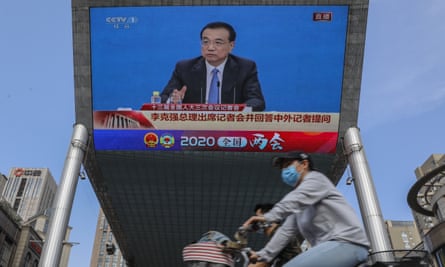 Some regions are, however, also looking to develop more specialised smaller-scale farming that has high profitability, particularly in areas that don’t have the terrain for large industrial farms: speciality fruits, vegetables, herbs, teas and products that could take advantage of particular geographies and climates.

Teshi Organic Farm, about an hour north-east of Shenzhen in Guangdong province, is one such speciality company hoping to ride the revitalisation wave. “Our main focus is not the produce, but to develop the farm into a bedrock for other types of business, such as tourism, education and agricultural training,” says farm manager Xu Bin.

The farm is also in discussion with local government about taking over the management of other farms in the area. This would mean renting land from farmers and hiring them as workers, implementing organic farming techniques, and having those farmers work as homestay operators of their renovated homes.

Will rural life be attractive enough for city-educated kids accustomed to having access to high-speed internet, bubble tea shops and fancy malls?

Teshi is also in the process of renovating some larger structures near the farm to function as education centres for visiting students and as school facilities for remaining local young people. But will rural life be attractive enough for city-educated kids accustomed to having access to high-speed internet, bubble tea shops and fancy malls? China has already started subsidising entrepreneurs who want to return to their hometowns.

It’s a risky endeavour, says Matt Chitwood, a research fellow with the Institute of Current World Affairs, who spent two years living in the mountain village of Bangdong in Yunnan province.

A place such as Bangdong, which has built its economy around specialty agriculture, such as tea, is often at the whim of commodity prices, Chitwood says. A tea-price bubble burst in 2007-08, wiping out investments that new entrepreneurs in the village had put into these operations.

“A friend of mine sold all his cattle to go into tea production, [so when the bubble burst it was] all gone, all the life savings as well,” Chitwood adds. The tea industry has rebounded in the area, and “trickle down tea-conomics” as he called it, has become the community’s main source of livelihood.

“That supports people coming back, but if you don’t have the benefit of the niche industry, or a factory, or a visionary leader able to build up tourism or whatever, what do you do?” says Chitwood. “I guess the market makes the call on that one and you don’t go back to the village and the village does die.”

There is a more profound challenge in the idea that villagers will be able to create businesses that can go on to compete in a modern economy. Many have had little or no business education and are not familiar with the market they’re being asked to sell to.

“I think that’s the hardest thing for the government,” Chitwood says, of the lack of education in rural villages. “There’s not an easy answer to that. So with poverty elimination and with the revitalisation work, I think the core long-term strategy for that is education.”

Sign up for the Animals farmed monthly update to get a roundup of the best farming and food stories across the world and keep up with our investigations. You can send us your stories and thoughts at [email protected]

Enough with ‘local’ and ‘organic’. We’ll begin to eat well when we farm well | James Rebanks