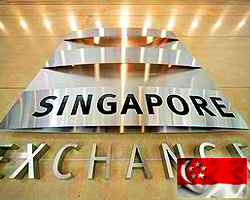 Singapore’s retail sales monthly growth slowed in July, yet remained in double-digits, while sales continued to fall on an annual basis, as the impact of the coronavirus pandemic persisted.

The statistical office attributed the monthly growth to a lower base in June 2020, when most physical stores were closed until June 18.

The strong growth seen in June was revised to 50.7 percent from 51.1 percent.

On a year-on-year basis, retail sales decreased 8.5 percent in July after a 27.7 percent slump in June, which was revised from 27.8 percent.

Sales at department stores, as well as sales of the clothes & footwear and watches & jewelry logged annual declines between 21.0 percent and 32.1 percent in July, as they continued to be affected by low tourist arrivals due to the global COVID-19 outbreak, the agency said.

Meanwhile, sales of the supermarkets & hypermarkets and computer & telecommunications equipment industries grew by 28.6 percent and 27.4 percent, respectively, due to increased demand for groceries as well as computers and mobile phones.

*Euro Edges Down To 1.5540 Against Canadian Dollar