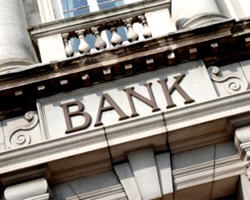 The Monetary Policy Committee of the Central Bank of the Republic of Turkey, led by Governor Murat Uysal, decided to hold the policy rate, which is the one-week repo auction rate, at 8.25 percent.

The bank had reduced the rate four times so far this year. Last reduction was in May, when the rate was cut by 50 basis points.

Policymakers observed that economic recovery is gaining pace. Further, they said that pandemic-related rise in unit costs have led to an increase in the trends of core inflation indicators.

The committee maintained the view that demand-driven disinflationary effects will become more prevalent in the second half of the year, but risks on the end-year projection are considered to be on the upside due to recent realizations in inflation.

Keeping the disinflation process in track with the targeted path requires the continuation of a cautious monetary stance.

The committee reiterated that it will continue to use all available instruments in pursuit of the price stability and financial stability objectives.

UK Manufacturers Expect Output To Recover In Months Ahead: CBI