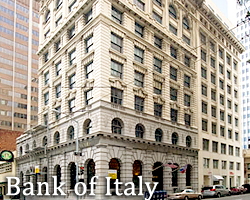 However, the yellow metal’s slide was not any substantially pronounced as worries about the outlook for the economy limited the commodity’s slide.

The dollar index rose to 97.58 this afternoon, gaining about 0.45% from previous close. The greenback strengthened as reports showing a surge in number of coronavirus cases in Beijing and as well as several U.S. states raised concerns the global economy may not see a quick recovery.

With the road back from recession likely to take some time, Federal Reserve Chair Jerome Powell urged Congress on Wednesday not to pull back too quickly on federal relief for households and small businesses.

The MPC raised the size of the asset purchase programme by GBP 100 billion to GBP 745 billion and said they are ready to take further action as required to support the economy and ensure a sustained return of inflation to the 2% target.

Switzerland’s central bank kept its expansionary monetary policy stance as it expects the economy to contract the most in over five decades and inflation to remain more negative than forecast earlier, this year due to the impact of the coronavirus, or Covid-19, and the lockdown restrictions imposed to slow the pandemic.

The Conference Board said its leading economic index jumped by 2.8% in May after plunging by 6.1% in April and 7.5 percent in March. Economists had expected the index to climb by 1.7%.

Philadelphia-area manufacturing activity unexpected expanded in the month of June, according to a report released by the Federal Reserve Bank of Philadelphia. The Philly Fed said its diffusion index for current general activity skyrocketed to a positive 27.5 in June from a negative 43.1 in May, with a positive reading indicating an expansion in regional manufacturing activity.

Economists had expected the index to show a much more modest increase to a negative 23.0, which would have still indicated a contraction.

The whales are moving up Australia’s east coast: tell us about your best ‘spot’