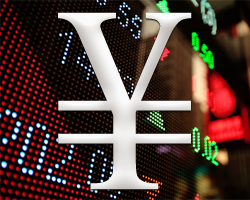 The Japanese yen moved up against its major counterparts in the Asian session on Monday, as worries about the economic impact of the novel coronavirus pandemic pushed investors into the safe-haven assets.

The U.S. became the new epicenter of the global coronavirus pandemic, with the most number of active cases and deaths.

Germany’s number of confirmed coronavirus infections rose by 2537 to 123,016, according to data from the Robert Koch Institute for infectious diseases. That was lower than a 2821 increase reported on Sunday, and marked the third decline after four days of increases.

France’s overall death toll from the coronavirus rose to nearly 14,400 – but admission into intensive care remained lower for the fourth day in a row.

Data from the Bank of Japan showed that Japan M2 money stock rose 3.3 percent on year in March, coming in at 1,046.0 trillion yen. That exceeded expectations for an increase of 2.9 percent following the 3.0 percent gain in February.

The M3 money stock climbed an annual 2.7 percent to 1,380.6 trillion yen versus expectations for a gain of 2.4 percent and down from 2.5 percent in the previous month.